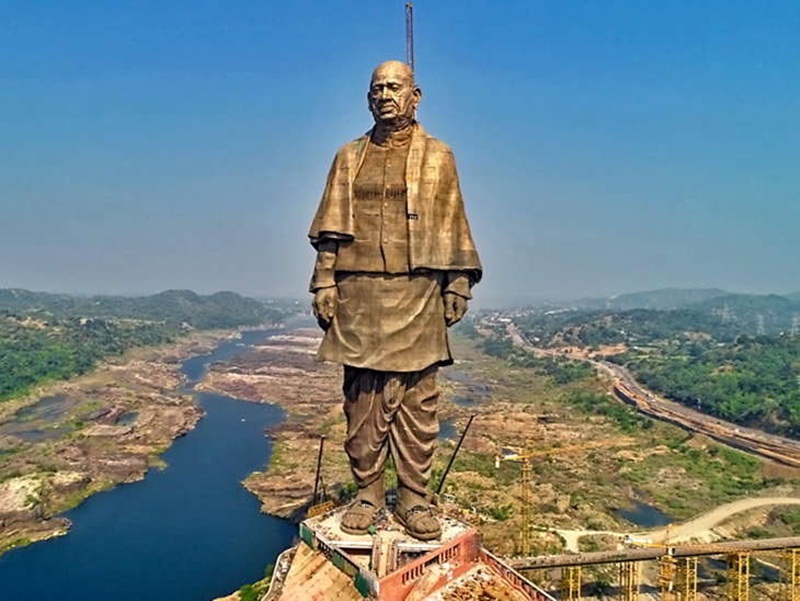 The world’s tallest statue, the Statue of Unity, has been created as a tribute to Sardar Vallabhbhai Patel, India’s celebrated independence leader and Iron Man. The statue is broadly divided into 5 zones, 3 of which are accessible to the public. The Viewing Gallery, located at a height of 153 m, offers an incredible view of Sardar Sarovar Dam, its reservoir and the Satpura and Vindhya mountain ranges. The museum has three main zones for visitors. The first is the memorial garden, which is a peaceful space to remember and reflect. The second is the exhibition area, where you can learn about the history of the museum and its collections. The third is the viewing gallery, where you can see 200 objects from the collection at a time.

On October 7th, 2013, Narendra Modi announced a project to commemorate his tenth year as the chief minister of Gujarat. A society named Sardar Vallabhbhai Patel Rashtriya Ekta Trust (SVPRET) was formed to execute the project, with the Gujarat Chief Minister as its chairman.

The Statue of Unity Movement was started in 2013 in order to collect the iron needed for the statue. Farmers were asked to donate their used farming instruments and by 2016, a total of 135 metric tonnes of scrap iron had been collected. Around 109 tonnes of this iron was used to make the foundation of the statue after processing.

Who was Sardar Vallabhbhai Patel?

Sardar Vallabhbhai Patel was a key figure in India’s independence struggle and the integration of over 500 princely states into the Union of India. He is often referred to as the “Ironman of India” for his role in uniting the country.Today, we can travel freely across the vast and varied landscapes of India thanks to Sardar Patel. From the deserts of Kutch to the mountains of Kargil, his legacy continues to be felt throughout the country.

Some Facts about Statue of Unity

The Statue of Unity is a monument built to honor Sardar Vallabhbhai Patel. He is known as the Ironman of India and is credited with merging 560 princely states into the Union of India.

Standing at an impressive 597 feet or 182 meters above ground level, the Statue of Unity was built as a symbol of India’s engineering and technical capabilities. This statue is twice the size of the Statue of Liberty in the United States and 40% taller than China’s Spring Temple Buddha.

The Statue of Unity is a project that was undertaken by many different people with a lot of different skill sets. The design comes from Padma Bhushan-winning sculptor Ram V Sutar, who has over 50 monuments to his name. The statue depicts Sardar Patel in a traditional dhoti and shawl, looking out over the Narmada river. He is meant to be seen as a commanding yet humble leader, unfazed and unafraid. The construction was done by Larsen and Toubro and state-run Sardar Sarovar Narmada Nigam Ltd., with the intricate bronze cladding work done by the Jiangxi Toqine Company.

The Statue of Unity is a beautiful monument located next to the river Narmada and the Sardar Sarovar Dam, with the Vindhya and Satpura mountain ranges on both sides. The monument complex covers an area of 20,000 square metres and has a small artificial lake. The Statue of Unity has a viewing gallery at a height of 193 meters from sea level, which can accommodate 200 visitors at a time. The Statue of Unity also has a museum with 2000 photographs, 40000 documents, video presentations, a research centre, and more dedicated to the life of Iron Man Sardar Patel.

nextList of best places to visit at statue of unity

WhatsApp Us Your Booking